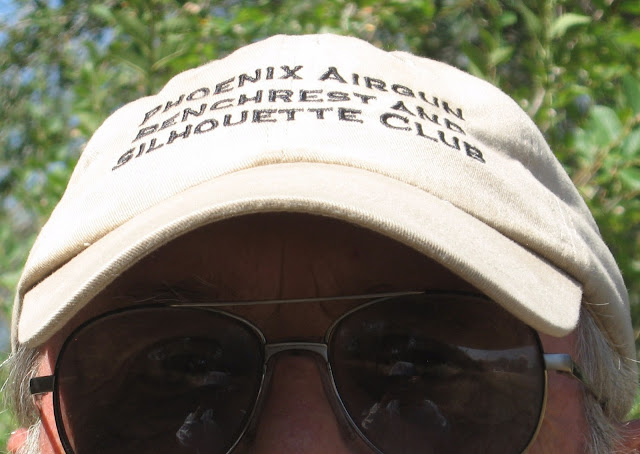 Author’s Note: Pocatello, Idaho Mid-September, 2015. The Pheonix Airgun Benchrest & Silhouette Club is major presence at Extreme Benchrest. This year the club will be conducting both the benchrest events and the pistol shoot. In 2013, they worked with a software company from the east coast to introduce computer scoring to the 25 meter event. I am looking forward to shooting with them next month. This story is about Garrett, but it is also about the Pheonix Airgun Benchrest & Silhouette Club.


Garrett is the main sparkplug of the Pheonix Airgun Benchrest & Silhouette Club. I interviewed him while he and some other club members were enjoying the shade at the 2014 Extreme Benchrest in Green Valley, Arizona. When I asked him, “Tell me your story of the club”. .He lit up and the others shared knowing smiles as he started into his, familiar story.

Like a lot of airgunners, Garrett, he likes to be called Garrett, shot pellet guns when he was growing up. In adult life something happens and brings that bygone young shooter back into the present.

He told me that he had a pigeon problem long after the air gun of his youth had disappeared. He borrowed a spring gun. “The first shot transported me back to my youth.”  He may have told this story a thousand times, but his enthusiasm was as high as it happened that morning.

Now he had to have an airgun, and he went to an airgun specific store to look for a budget priced springer. The guy behind the counter read Garrett right and suggested that he might be more interested in something a little better. Equating better with more expensive Garrett said “You are not going to make a sale today”. He was, however, talked into taking a few test shots.

“I bit the apple,” he said about that first shot.The price of that upscale rifle was more money than he had, but when he shot it he knew he had to have it. That day he went home without an air rifle, saved his money, and returned to buy an up scale air rifle. The return to airgunning happens to a lot of folks in about the same way.

Where Garrett’s story takes a unique turn was when he went to an airgun match and fell in love with it. It wasn’t just the guns. “People love to be around other people.” The Phoenix club’s matches grew from five  to seven shooters to hosting the 2014 airgun benchrest nationals. “The Nationals were the accumulation of a lot of work,” he swept his hand to the other club members. Garrett is a people person. The whole club seems that way.

The benchrest matches in Phoenix started at 33 feet but grew to 25 yards, they to 50 and 75, and finally to 100 yards.  Along the way, they worked to offer a suite of airgun matches to offer more shooting opportunities to potential air gunners. They included matches that were shot from the bench, but used reactive targets like down sized metallic silhouettes. “They are a fine alternative to shooting paper.” This year, they built a Field Target range to round out their program.

You can go website www.phoenixairgun.net to read the  details and see photos of their matches. Newly posted is a photo of new Multi Purpose Airgun Centers, under construction, and a airborne video turn of there new field target range. How cool is that!
Posted by Unknown at 8:49 PM